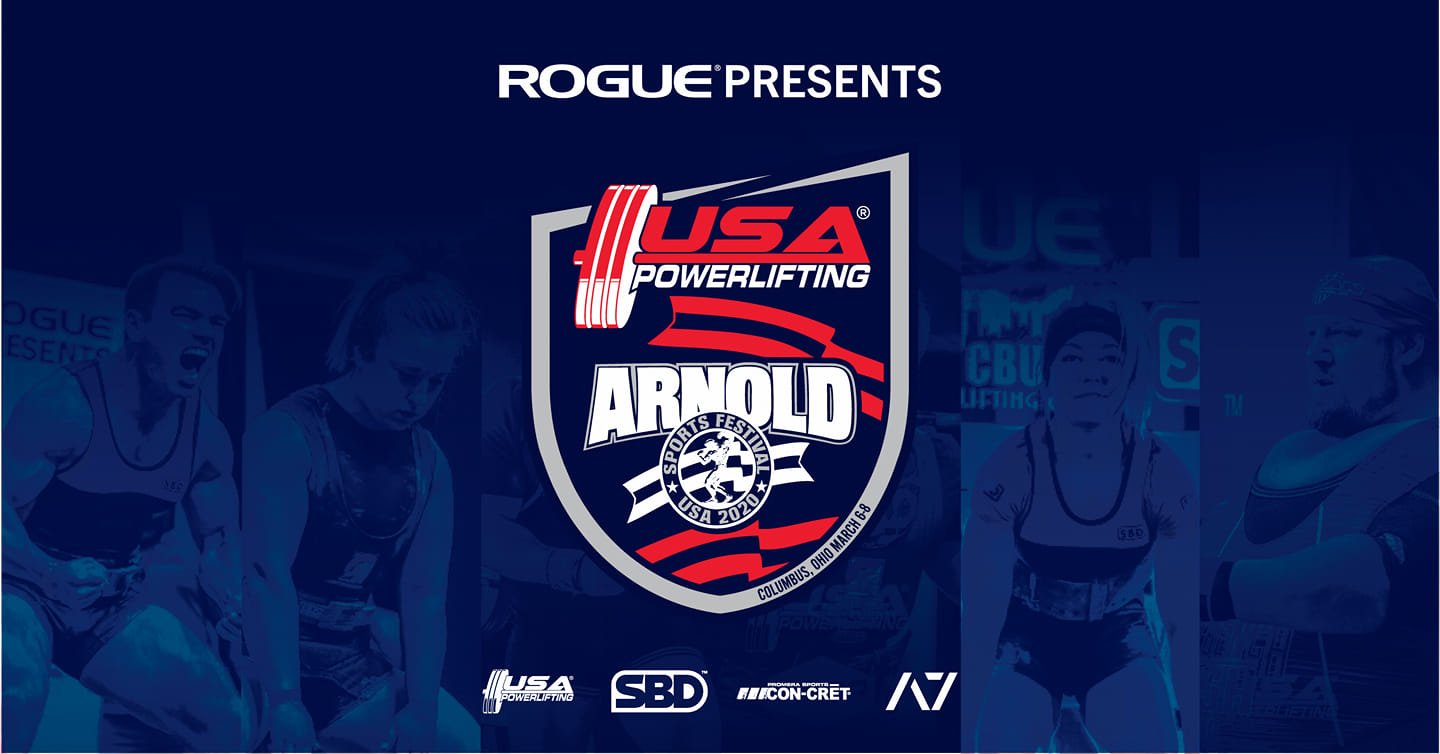 For the 13th year in a row the organization hosted the premiere powerlifting competition, giving away over $45,000 in cash prizes in the process. This year marked the first year that the Arnold Sports Festival expo was cancelled by the Ohio Health Department, typically the Arnold weekend sees over 225,000 visitors. The expo cancellation didn’t phase USA Powerlifting though, the show went on without a hitch and had hundreds of spectators all weekend long.

Among the 7 events held were: The Battle of The Regions, featuring the top athletes from the 8 distinct regions of competition – the Con-cret Pro Bench Press, Pro Deadlift, and the Squat Challenge featuring the strongest benchers, deadlifters, and squatters – and the A7 Raw Challenge, SBD Pro American, and Grand Prix by SBD pitting the strongest powerlifters against one another as lifters vied for one of the large cash prizes awarded. Sponsors Rogue Fitness, Promera Sports, SBD, and A7 helped make the event and these prizes possible.

“This weekend was a great example of the community and support we have in the great sport of powerlifting,” said USA Powerlifting President Larry Maile. “Our people came out in full force to put on a wonderful show and support the lifters. We had many memorable moments and gave away more cash prizes than we have in recent years. We look forward to returning in 2021 to the unwavering support and love of the strength sport community at The Arnold Sports Festival.”

USA Powerlifting is a microcosm of the world, and the athletes who converged on Columbus Ohio to compete at the premiere powerlifting meet in the United States are no exception. The 255 athletes who competed come from a variety of backgrounds. We had students, mothers, grandfathers, veterans, nurses, scientists, and so many more walks of life represented by this talented pool of athletes.

Next year the Arnold Sports Festival will surely return to its state of normalcy, with hundreds of thousands of people roaming the convention. The one thing that will remain the same and continue to withstand the test of time is the passion and commitment that brings USA Powerlifting and all strength sports together under one roof.

Members, please take a moment to vote every day for Jennifer Thompson as the World Games Athlete of the Year!